In 1989, Jon Bresler, who we know as the creator of LAFCO, was only beginning to explore his passion for fragrance and traditional European design. Bresler had just left his job as an attorney and was spending time in Europe to explore the country and his own interests. When he came back to America and was faced with the task of getting a new job, Bresler described this as being “unthinkable.”

So, from his apartment, Jon pursued his passion project.

Bresler toured a multitude of European apothecaries and set out to make products for the U.S. market inspired by all he had seen in Europe. He had to get his apartment-based business up and running. We had the pleasure of talking with Bresler recently, where he talked about the early days of LAFCO.

“I approached a very, very old Portuguese soap company and kind of bluffed my way in there. All I knew was men's shaving. I didn't really know anything else. I figured, Well, I got it.”

And he was right! His early men’s products garnered some success and would launch Bresler into the next step of his career – creating Klaus Porto with this same Portugese soap company and then LAFCO in 1992. LAFCO, which stands for Luxury Articles and Fragrance Company, pulled from Bresler’s fascination with the decorative, designer European brands that he had explored. As a matter of fact, he was using old fragrance and soap labels that European companies had printed and not used. According to Jon, they might have been out of date in Europe, but Americans loved the new art.

So with talent and a little bit of bluffing, Bresler successful turned LAFCO into a renowned company. Today, LAFCO is in their 30th year of business and still pursuing the art that Bresler dreamt of.

Bresler sought out to make candles that were artistic, authentic, and luxurious. In doing so, he established uncompromisable ideas for the company.

Designs that people can make their own 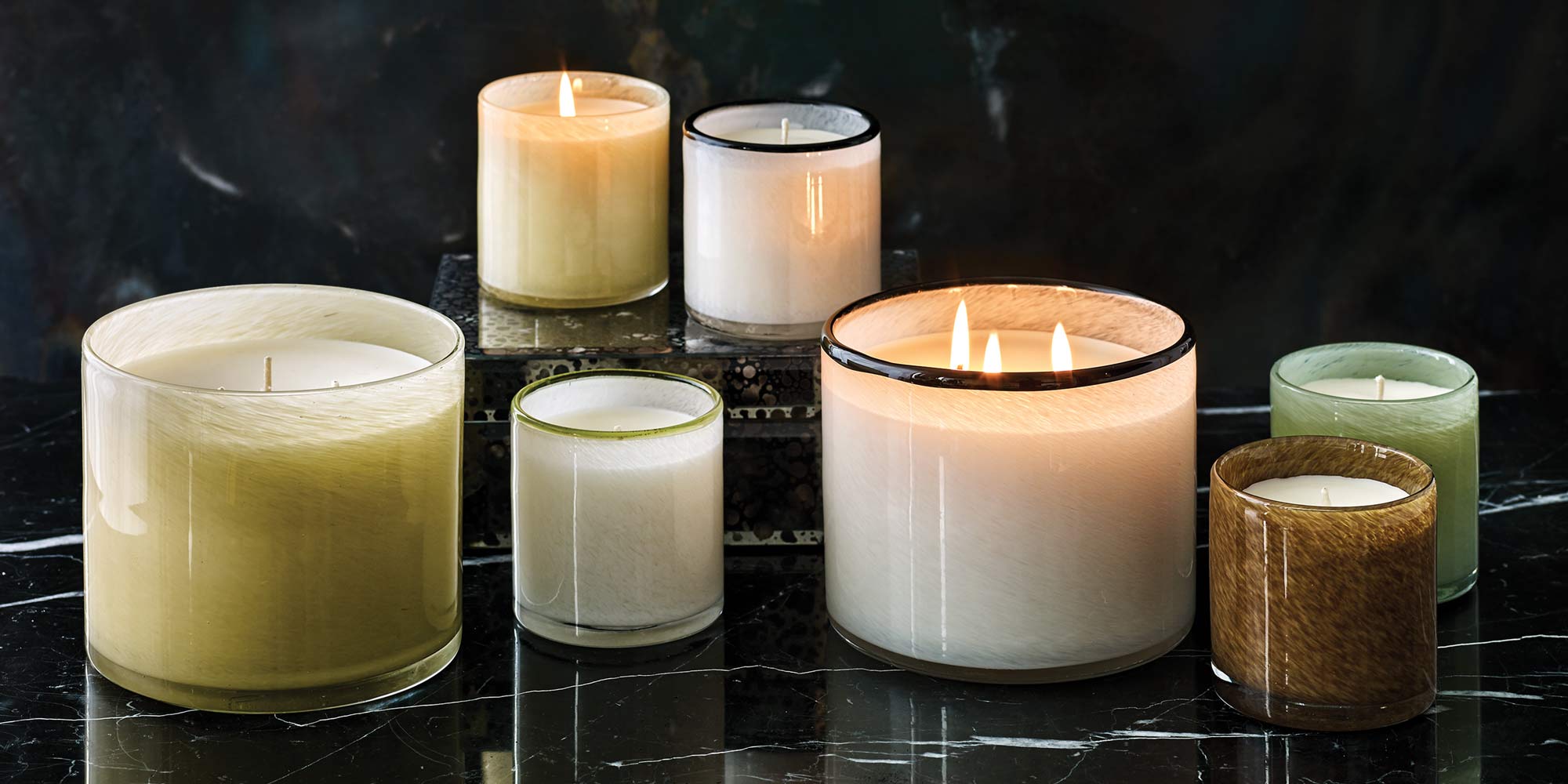 The real European feel that all of LAFCO’s products have is preserved through responsible sourcing. For instance, LAFCO’s partners follow tried and true production practices that have been used to create the art that Bresler admired so much in the past. LAFCO designers take pride in their craft.

The old, artisanal, and real European style packages were important in making LAFCO candles a staple in home décor as well as fragrance. Bresler feels that selecting a candle should be like selecting a piece of furniture; all elements combine to make something that adds to the atmosphere.

The LAFCO owner feels that,

“when you buy something and bring it into your home, it really can’t become yours if it has a big honkin label on it.”

Personalization was important in both what the vessels looked like and their smell. Bresler wanted people to be able to layer scents in their own homes and make their own combinations. For this reason, he describes a lot of his candles as having more “developed aromas” instead of heavy scents. This way, fragrances can blend nicely in someone’s own home and people can make their own “signature cocktail” of scents.

Not putting a label on the vessels also allows for LAFCO’s beautifully hand-blown glass to take the main stage in a home.

The absence of a label was important to the decorative aspect of LAFCO, but it was also essential for its mission to be environmentally friendly. The lack of label allows for true reusability. The vessels can be used as colorful glassware, storage, and more, without losing the design that makes LAFCO candles unique.

“I'm a natural guy. That was a must do and it was hard. Nobody was making soy candles at the time. I had to search high and low for a soy candle maker.” 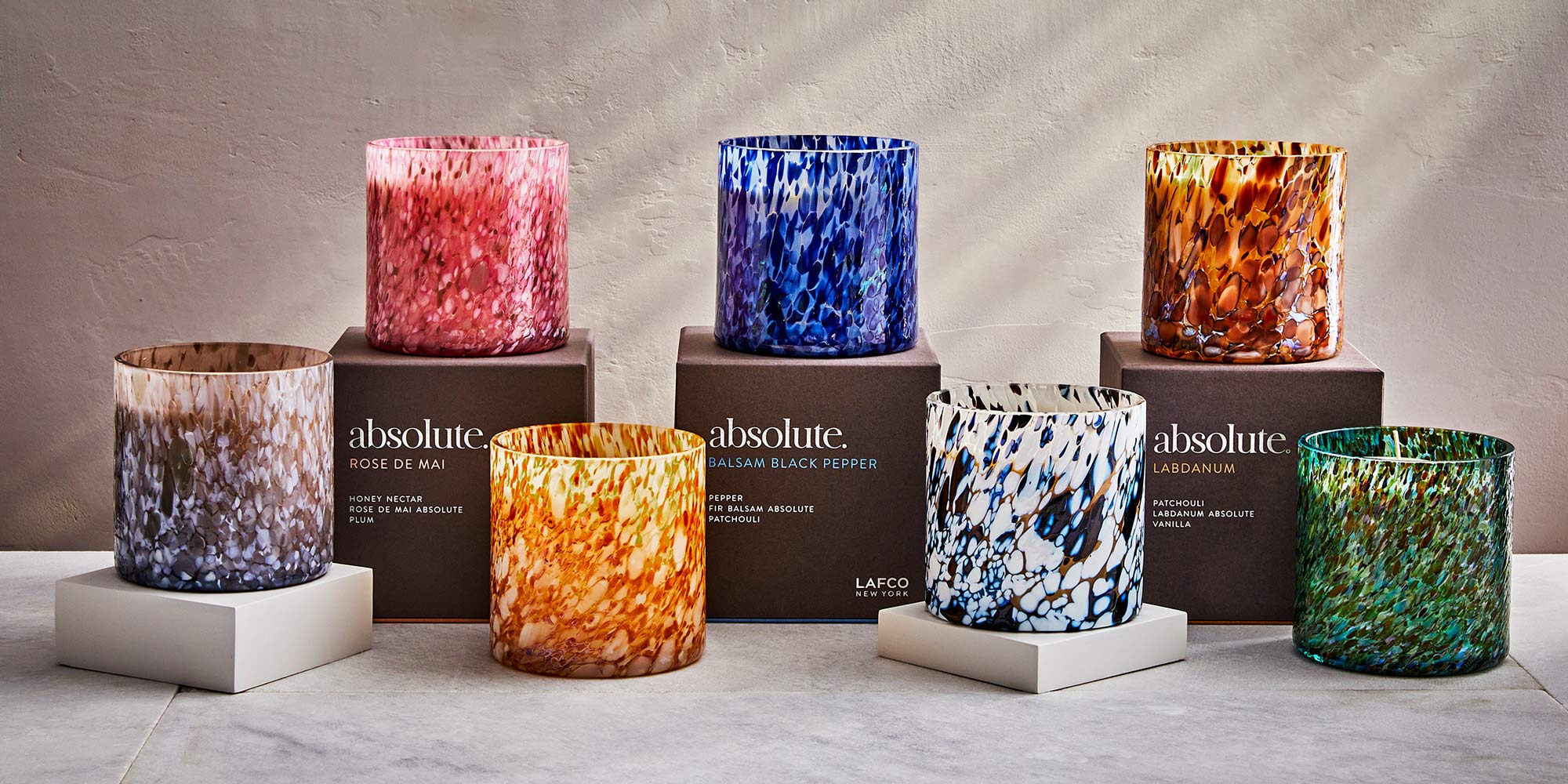 Bresler’s founding principles have persisted throughout LAFCO’s entirety and guide it today. Without a doubt, it checks a lot of boxes that customers may be looking for in a candle.

For their 30-year anniversary, Bresler created a new signature scent, Paradiso Fig. Bread and Figs are common in Italy, and the scent was meant to spark an image of this paradise. It’s the perfect summation of Bresler’s explorative journey into fragrance.

LAFCO succeeds in radiating old-timey European luxury, and can be a fantastic artisanal addition to your shelves and people’s homes.

You must be registered and signed in to shop on our website. Not already registered? Sign up today to become and Ivystone customer!
Register Now
(Please allow 24 hours for the approval process.)